← more from
Green Queen Music
Get fresh music recommendations delivered to your inbox every Friday.

by The Gaslight Troubadours 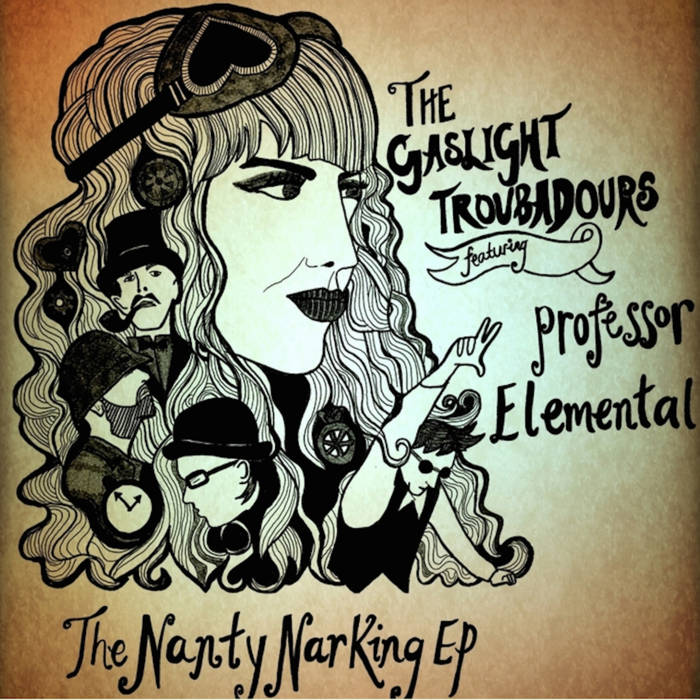 reen Queen Music is proud to present the second release (the first being the single‘The Devil Swings Out’ as played by Tom Robinson and Gideon Coe on BBC 6 Music) from new signings The Gaslight Troubadours, aka Professor Singleton Purblind and Lon Lippincott.
This five-track EP is a result of six months of nanty narking (Victorian slang for “great fun”) between these pesky vintage beat re-animators and UK chap-hop legend Professor Elemental.
With a series of UK festival dates planned over the summer, they decided to create an upbeat, good time party vibe over the course of five tracks; an interesting proposition when you consider that the Gaslight’s debut album was better known for its tongue-in-cheek Victorian gothic trip-hop, or as Mojo said “Dr Jekyll meets Sherlock Holmes in the Funky Drummer’s basement”. But the introduction of scratch DJ Victor Vector and the emergent influence of electro-swing and ghetto funk, has informed the direction of this new EP.


‘Down With The Pharaohs’ is “the Gaslights and Professor Elemental go to Egypt” with our intrepid explorers hunting for treasure in booby-trapped pyramids and dodging dancing mummies.


‘Get High’ is a revamped tune of Professor Elemental’s with the good Professor extolling the simple pleasures of having a jolly good time.


‘Look Behind You’ is a cover of a track called ‘The Haunted House’ that was recorded by the New Mayfair Dance Orchestra in 1931.


‘Being Hunted’ is a boom bap (hip hop style) remix of a Professor Elemental song that first appeared on a video game, and is a futuristic tale of the good Professor being stranded on a robot world.

Bandcamp Daily  your guide to the world of Bandcamp

Semiratruth joins the show to discuss their latest release, "loading..".